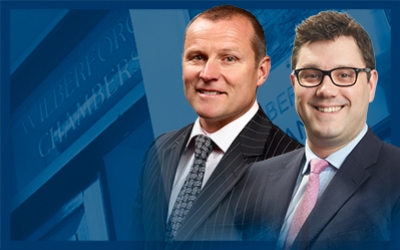 John Thackray and Dale Brook represented for trial, respectively, a mother and son both charged with s.18 wounding for a bite to the face which caused an horrific injury.
Dale Brook’s client was found not guilty on an application that there was no case to answer and John Thackray’s client was unanimously acquitted by the jury at the conclusion of the trial.