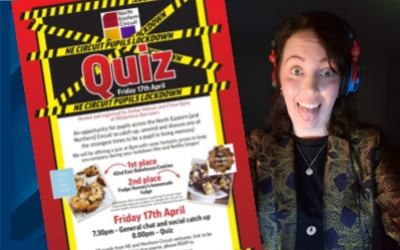 Our pupils entered their 2nd Six on 9th of March 2020 enabling them to take their own instructions. They had two weeks of hearings before the lockdown was enforced by the government and they embarked on pupillage from home. So, what have our pupils been up to with their spare time?

Instead Amber and Chloe have been hard at work offering help to students, judging advocacy exercises, organizing a quiz whilst also appearing in front of the new and temporary appointments to the virtual bench HHJ Baggs and HHJ Baines.

Wellbeing is particularly important in these testing times. We take for granted the robing room chats or the concourse catch ups with colleagues. When most are now confined to the four walls of their homes for 23 hours a day, a zoom catch up call has quickly become the highlight of most peoples week.

Chloe and Amber took it upon themselves to organise an event to allow the pupils of the North East and Northern circuits to get together to catch up and share individual experiences of these unprecedented times. The Lockdown quiz took place on 17th April 2020 and DJ Hobson made a special appearance for the music round. It was such a huge success that a fortnightly quiz is now being organised.

Both Amber and Chloe have been keen to offer their advice and knowledge on the path to pupillage to students and those actively seeking pupillage. This also involved offering their assistance to BPTC students Beth Stirling and Saira Shani by judging a bail application advocacy exercise organised for students to participate in.

HHJ Baggs and HHJ Baines have been very busy in their make-believe courts. Chloe and Amber are still testing their advocacy skills by delivering mock applications to their supervisor, who have been providing objective feedback to continue their development.