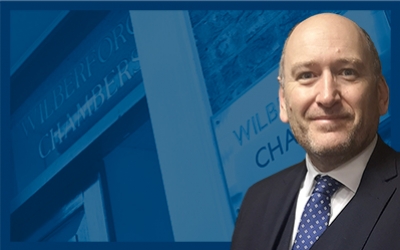 Does the Covid pandemic allow a tenant to terminate their commercial lease obligations?

This article looks at whether the Covid pandemic, and the Government restrictions that result from it, can teminate a tenant’s liability under a tenancy or lease. Due in large part to a case involving a warehouse in Hull, such a claim is unlikely to succeed.

Frustration, in addition to its normal meaning, is also a legal term meaning that, in certain circumstances, parties to a contract can escape its obligations due to an event which makes the performance of the contract impossible or radically different from what the parties anticipated at the time of the contract.

A warehouse in Hull
On the 11th December 1980, the highest court in the land handed down a judgment in relation to a warehouse in Hull which remains the leading decision on the potential for frustration of leases (National Carriers Ltd v Panalpina (Northern) Ltd [1981] AC 675).

Kingston Street in Hull was formerly part of the docks, with warehouses on either side of the street and one road giving access to them.  Hull docks in the 1970’s were in decline due to the effects of containerisation and declining fish stocks.

On Kingston Street there was an old Victorian warehouse that had become derelict, but had been considered of architectural worth and listed. In 1979 the derelict warehouse was in danger of collapse. It posed a danger to passers-by and the City Council of Hull had to erect a fence to close Kingston Street to all forms of traffic under a Public Health Act. The application to the Secretary of State for permission to demolish was delayed due to objections by local conservationists and so Kingston Street was expected to be closed for between a year and 20 months.

That was unfortunate for Panalpina (Northern) Ltd who were the occupiers of the warehouse opposite the derelict one. They had a lease for 10 years from 1 January 1974. There was a covenant to only use it as a warehouse, there was no right to assign or sublet and there was express provision for suspension of rent in relation to fire damage only. The only access to their warehouse was from Kingston Street, so Panalpina were unable to use their warehouse while Kingston Street was closed.

The landlord (National Carriers Ltd) sued for their rent. The tenant (Panalpina) argued that the road closure meant that they were unable to use the warehouse for over a year and therefore their lease was at an end, ie it was “frustrated”.

The Judges rejected the tenant’s arguments, and concluded:

The Covid pandemic has led to a series of Government restrictions on the opening of businesses. One of the most heavily impacted businesses have been nightclubs which have been closed since the first lockdown in March 2020. For most other types of business, the restrictions have waxed and waned, sometimes in a very short period (one set of restrictions only lasting 4 days). This makes it more complicated for the tenant to identify the specific “frustrating event”.

Outside of very exceptional circumstances, it is unlikely that a claim for frustration of a lease or tenancy would succeed.

Will the tenant always be liable for the rent?

Modern leases contain detailed provisions that provide for the suspension (known as “abatement”) where the premises have been forced to close as a result of insured risks, which are defined by the contract. Such clauses make it more difficult for the tenant to argue the lease is frustrated, as the parties did consider the allocation of risk in detail at the start of the lease. Unless the insured risks include pandemic (which is rare) then there will be no abatement of rent due under the lease or tenancy.

The principle that while the lease or tenancy continues (and if there is no contractual abatement) rent falls due, is ancient. In the English Civil War a tenant was deprived of the use of a farm for 3 years by the Cavalier army. The court still found that the tenant had to pay their rent (Paradine v Jane (1646) Aleyn 26).

As a consequence of the pandemic, there will be substantial rent debts owed to landlords. It is almost inevitable that some tenants and guarantors will raise frustration as a defence to claims for overdue rent. Due to a case involving a warehouse on Kingston Street in Hull, those defences are unlikely to succeed.

As an amateur historian I was interested to see if the triangular warehouse from the Panalpina case was still there. I had an 1905 plan of Hull on my wall in the office, and I found the warehouse. I can conclusively state that the warehouse is no longer there. It was demolished in the 1980’s or early 1990’s to make way for a housing estate. I know that because the first (terraced) house that my wife (then fiancée) and I bought in 1995 was on the site of the Panalpina warehouse. Thankfully we never had any trouble reaching it.