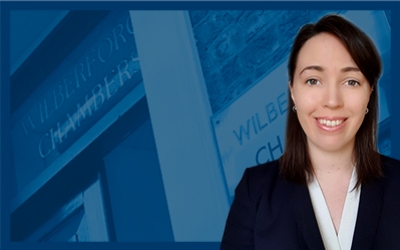 Amber Hobson defended Ms Gray in a sentencing hearing on the 11th for one offence of perverting the course of justice. The defendant had effectively hacked into her former partners Facebook messenger app and communicated with a decoy account of the vigilante group “Predator Exposure”, in order that they would attend and he would be arrested. She gave details of his address and also that his girlfriend wanted to be involved in sexual activity. The group did attend and filmed their “sting” over a period of an hour. As a result, the complainants girlfriend had to leave the country.

The case was further complicated in earlier stages by the Defendant not being in receipt of a gender recognition certificate, which meant that counsel had to raise legal arguments about sentencing the Defendant potentially to custody in a male prison.

After hearing counsel’s mitigation, HHJ Tremberg sentenced the Defendant to 5 years in custody.