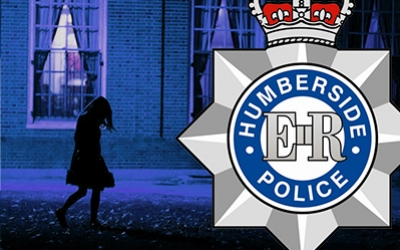 On the 24th March 2018, Cathy Kioko-Gilligan and Michael Masson participated in the Night Challenge event hosted by Humberside Police. Around 150 amazing young people, aged between 13 -18 years undertook an overnight orienteering event, which required them to complete 6 challenges along the route in Brantingham Dale.

The theme of the event remained the same as last year, being such a current issue, namely Child Sexual Exploitation. At the core of this exercise is teaching young people how to deal with potential risks and – most importantly- how to avoid becoming a victim. The court scene hosted by Wilberforce Barristers portrayed the sentencing of a young person and adult.  Participants had to consider the appropriate sentences, and the culpability of the offenders. The scenario was developed to challenge the young people’s perceptions of the degree of culpability of both facilitators and perpetrators.

The event was yet again a great success involving a number of agencies, such as HM Coastguard and Humberside Fire and Rescue, working in partnership and volunteering to deliver every aspect of the Night Challenge.  Wilberforce Barristers would like to thank the participants and supporters who took part in the event and we look forward to being involved in future events.

We very much hope the event will again be recognised in the Howard League Community Programmes Award (Policing and Children category) – having made runner up in the last three years. Time for a win we submit, given that 24th March was an absolute triumph!