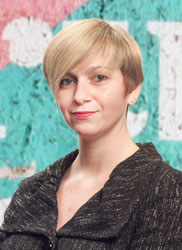 Charlotte Baines has practised at Wilberforce Barristers since completing her pupillage under the supervision of James Sampson (now HHJ Sampson) in 2001.

Charlotte specialises in Criminal Law and acts on behalf of the Prosecution and Defence in the Crown Court and Court of Appeal.

Charlotte is a Level 4 Prosecutor and is a member of the specialist Rape panel.

Charlotte is recognised as a highly capable advocate and for her ability to engage with clients from all backgrounds. She has a down to earth approach that enables a positive rapport to be built with lay and professional clients.

She has been led by both silks and leading juniors. Charlotte has also acted as a leading junior in complex cases involving sexual offending, care home abuse and Organised Crime Groups including instruction from the CPS Complex Case Unit.

Charlotte is a very experienced trial advocate who is known for her fair but robust approach. She is particularly skilled in finding the balance required in dealing with sensitive, traumatic, often complex evidence and effective cross examination. She is an expert in the presentation of such evidence to a jury in a comprehensible and pragmatic manner. Charlotte has significant and invaluable experience in the cross examination of vulnerable and child witnesses.

Charlotte is well versed in conducting section 28 hearings and is a facilitator for the Vulnerable Witness Advocacy Training on the North Eastern Circuit. She is also a qualified advocacy trainer.

Charlotte has experience in advising on psychiatric issues, dealing with experts prior to court attendances and cross-examining psychiatrists. She has conducted a number of fitness to plead and fact-finding hearings on behalf of both the Prosecution and Defence. She is known for her empathetic and understanding approach in cases where witnesses or clients are vulnerable and labour under mental health problems. She recognises the complexities that often arise and is confident in dealing with the challenges such cases can bring.

Charlotte has a breadth and depth of experience in dealing with expert evidence in areas such as pathology, DNA, forensic accounting, drugs analysis, medical evidence such as sexual injuries, “baby shaking” cases and cell site analysis.

Charlotte has experience in advising and making applications on disclosure, third party material, public interest immunity and also section 41 YJCEA 1999 applications. She is happy to advise at the pre-charge stage of cases for the Prosecution and Defence.

Charlotte appreciates that continuity in representation is very important and is always willing to hold pre-trial conferences and meetings as part of the case preparation process.

R v W – 2021: Defence of female re: sexual abuse of 5 male complainants some of whom were children. Involved extensive cross examinations of child witnesses.

R v B – 2020: Secured acquittal for Defendant charged with sexual assaults of five women in the workplace.

R v Pundzius and Milieskine– 2018: Led by Richard Wright QC for prosecution in murder trial. Secured convictions for murder for first defendant and assisting an offender for other defendant.

“We are very grateful to both counsel. The high standard of their respective written and oral submissions confirms the view which we formed on reading the papers, that both had shown considerable expertise and skill in the course of the trial…”

“Charlotte is a very talented member of the Bar. An efficient and incisive advocate with power and style in equal measure. Her judgement is exceptional. She is first-rate in both prosecuting and defending. Her cross-examination is very high quality.”