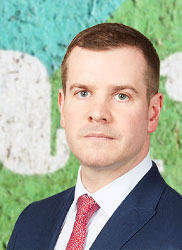 Craig has extensive experience of representing corporate defendants. He can be relied upon to approach a case commercially and with a view to avoiding reputational damage. He is experienced in explaining the commercial reality of corporate accounts to lay and professional tribunals and regularly advises boards of directors in relation to criminal and coronial proceedings.

Craig has represented both regulators and professionals in the disciplinary processes of several different professional bodies and sits as a Legally Qualified Chair in Police Misconduct Hearings.

Craig’s knowledge of cases involving a wide range of prosecuting authorities enables him to bring a unique perspective to cases that transcend more than one area. He has been involved in many large cases with multiple defendants, regularly dealing with sensitive issues of disclosure.

“He strikes exactly the right tone at health and safety hearings and inquests and has a good rapport with clients.” “He is calm under pressure, level-headed and strategic.” “He’s able to deal with technical, complex cases.” Chambers & Partners (2022)

Craig is an exceptionally gifted counsel. He quickly instills confidence in clients. A silk with an eye for the details but never loses sight of the bigger picture.” Legal 500 (2022)