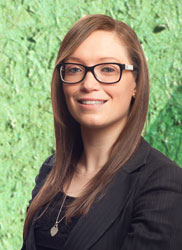 Joanne is the Head of the Family Team at Wilberforce Barristers.

Joanne has practised at Wilberforce Barristers since the successful completion of her pupillage with Simon Hirst (now His Honour Judge Hirst) in 2010.

Joanne is recognised in the 2020 Legal 500: ‘Joanne is a very thorough and tenacious advocate who is always meticulously prepared. She is very experienced in both Public Law and Private Law Children matters. She will fight her clients corner regardless of whether she represents the Local Authority, Parents or Children.’

Joanne appears in the Family Proceedings Court, County Court and High Court instructed in both Public and Private Law proceedings. She represents the interests of parents, grandparents and the local authority to conduct contested interim and final hearings, as well as finding of fact hearings, and domestic violence and committal proceedings. Joanne has great experience in dealing with complex residence cases and cases involving relocation. In the field of public law, Joanne regularly represents parties in complex care proceedings involving serious injuries and sexual and emotional abuse. Joanne has a particular interest in the presentation and investigation of expert medical evidence, and proceedings where conflicting medical evidence is a live issue.

Joanne can provide advice in writing or in conference, and representation at all levels of court across this jurisdiction, in respect of family finance cases. Her work ranges from high net worth financial relief cases, to proceedings involving more modest assets. Joanne has experience in dealing with cases involving high-value assets and complex business structures, as well as assets outside the jurisdiction. Joanne has the ability to provide a detailed analysis of the financial position of the parties, and then to advise regarding the redistribution and division of assets. In addition, Joanne can represent the interests of parties seeking to obtain emergency remedies such as freezing orders, search orders and also the enforcement of claims. Joanne has a particular interest in pre-nuptial agreements, and the developments in case law and legislation regarding the same.

Joanne has presented and contributed to a number of seminars and workshops, both for solicitors and members of chambers in Family and Court of Protection work. Joanne has also conducted training sessions for students at both secondary school and university level regarding a career in the law and at the bar.

Joanne may accept Public Access Work where she can be instructed directly by a member of the public rather than a solicitor.

‘Joanne (Jenkins) is a confident and tenacious advocate who is always thoroughly prepared. Her empathetic approach and drive to secure the very best outcome for her client sees her always go above and beyond the call of duty’ – Legal 500

‘Joanne Jenkins is a superb advocate with a firm grasp of the law. She has an excellent ability to explain difficult concepts to clients at all levels to ensure they feel listened to whilst providing realistic advice where necessary. I am continually impressed by Joanne’s dedication and commitment to securing the best possible outcome for her client, she always goes above and beyond the call of duty. Her tenacity, empathy and willingness to fight her client’s corner is second to none and makes her a “go to” barrister for complex cases.’