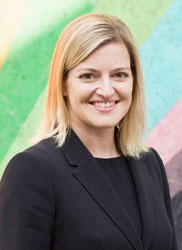 Julia Baggs joined Chambers in 2009 after successful completion of her pupillage with James Sampson (now His Honour Judge Sampson). She specialises in criminal law and family law.

Julia is recognised as a capable advocate who is known for her approachable manner. She has extensive experience in dealing with extremely vulnerable adults who suffer from mental illness and with younger clients. Julia’s parallel practice in criminal and family law is invaluable in cases which demand a firm understanding of both jurisdictions.

‘Julia (Baggs) has very sound judgement. If a point can be taken, she will take it. Very personable and fights her corner. An excellent advocate who is very empathetic with clients’ – Legal 500

‘Julia (Baggs) is a very skilled advocate who is tenacious and very well prepared. I have instructed Julia on many a difficult public family law case and have been impressed by her empathetic approach to young, vulnerable clients and her willingness to go the extra mile to defend her client’s position.’