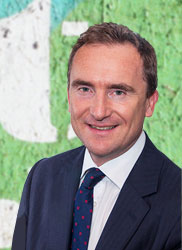 Oliver Saxby QC was called to the Bar in 1992 and appointed Queen’s Counsel in 2013. Since then, he has been involved in a number of high profile criminal cases. He prosecutes and defends in equal measure and enjoys a reputation as an approachable Silk with an ability to lead a team and present the most complex and challenging of cases with thorough preparation and focussed and persuasive advocacy.

Past editions have described him as ‘…a distinguished silk…particular expertise in high-profile homicide and sexual abuse cases…skilled in the treatment and handling of vulnerable witnesses…very popular with his clients and those he represents…very down to earth, personable and gets on well with clients. An all-round excellent advocate…a good communicator…outstanding ability to grasp the issues quickly… A masterclass in cross-examination techniques…’.

Oliver has particular expertise in homicide cases and cases involving serious sexual allegations. He regularly acts in gangland and multi-handed/joint-enterprise killings and cases involving gross negligence manslaughter, multiple homicide and deaths relating to babies and young children. Specific areas in which Oliver has been instructed include cases concerning loss of control and diminished responsibility, DNA/blood splatter and distribution, pathology, neuropathology and baby shaking. His experience in serious sexual allegations includes particular expertise in advising on the investigation and charging of multi-handed, multi-complainant sexual exploitation cases, presenting such cases before a jury, and preparing and presenting the defences of those charges with multi-complainant sexual offences. His practice has regularly involves examining in chief and cross-examining vulnerable witnesses, and he has vast experience in building a case around voluminous third party records.

More broadly, Oliver has a successful practice in serious and complex drugs offences, serious fraud and regulatory offences. He represented the First Master of the Pride of Bilbao ferry on charges of ‘marine manslaughter’ arising from a high-profile fatal collision with a yacht in the Solent.

Oliver is often asked to give freestanding advice, both pre- and post-charge.