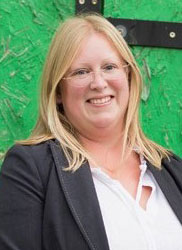 Rebecca Miller joined Chambers in 2017 having previously worked as a Legal Adviser in the local courts. She specialises in family law undertaking both public and private law. Rebecca also practices within the Court of Protection undertaking work for local authorities and individuals.

Rebecca is recognised as a capable lawyer and advocate who is known for her organised practice; strategic thinking; legal knowledge and expertise. She has extensive experience in dealing with extremely vulnerable adults who suffer from mental illness and learning disabilities and with younger clients. Rebecca is adept at explaining complicated legal processes and evidence to lay clients and providing advice in an empathetic manner and in a way that the client understands.

Rebecca regularly acts for Local Authorities running cases with complex evidence and where there are conflicting opinions held. Rebecca maintains good relationships with the social workers involved and assists to ensure that decision making is made effectively and efficiently enable positive progress of the case and the children involved.

Rebecca receives instructions in all areas of public and private family law and has particular expertise in issues of international law and cases with complex factual matrices.

Rebecca acts on behalf of local authorities, parents, children and family members in public law proceedings. She is regularly instructed in cases with allegations of sexual abuse, violence, non-accidental injury, neglect and substance misuse. Rebecca has been instructed Counsel and led junior in cases involving allegations of serious sexual abuse against children and non-accidental injures including brain injuries. She is adept at marshalling large volumes of medical evidence and has experience of cases in which the expert evidence is conflicting. Rebecca has dealt with contested leave to oppose adoption and adoption cases. Rebecca also has experience of cases involving an international element and providing advice to local authorities regarding processes to be followed where children are removed from this country without permission.

In private law proceedings, Rebecca is instructed on behalf of parents, children and extended family members in the full range of applications. These include difficult cases of implacable hostility, shared care arrangements, special guardianship and fact-finding hearings regarding domestic violence and sexual abuse.

Rebecca has provided training to local authorities in respect of legal issues including: public law cases with an international element; private law proceedings where local authorities are involved including the use of Family Assistance Orders; the use of s.20 and s.17; the legal framework for Care and Supervision orders and the evidence required for leave to oppose applications. In addition Rebecca has also been involved in ‘court craft’ training for social workers.

Rebecca has also provided training for social workers in Court of Protection proceedings including the use of ‘best interests’ assessments and the evidence required for the court to make informed decisions.