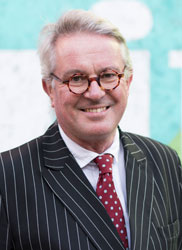 Richard has an impressive variety of experience. He initially qualified as a Solicitor in 1993 until he was called to the Bar in 2001. He then practised at 37 Park Square Chambers in Leeds for 17 years developing a successful Criminal Practice both for the Defence and the Prosecution. In early 2016 Richard then left practice to take up his post on the Isle of Man as Director of Public Prosecutions.

Upon completion of his fixed term in that role he then completed a term as Director of Professional Conduct at the Institute of Chartered Accountants (ICAEW).

Richard now joins Wilberforce Chambers bringing his wealth of experience to both the Criminal and Regulatory Teams.

Richard appears regularly in the Crown Court and over the years has appeared on regular occasions at the Court of Appeal dealing with Appeals against Sentence and Conviction. He Prosecutes and Defence cases on an equal basis. Richard deals with complex cases encompassing the full spectrum of offences from theft, serious fraud and sexual offences. He also prosecutes to a high level, being a level three Prosecutor and also being on the Rape and Serious Sexual Offences list for the Crown Prosecution Service.

Richard has led the professional conduct department at the Institute of chartered accountants (ICAEW) and as a consequence has much experience conducting disciplinary hearings particularly of a financial nature. Richard is familiar with all procedural aspects of Disciplinary Tribunals.