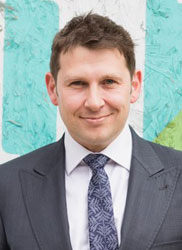 Richard is a former High Court Solicitor-Advocate with over 15 years experience of practising exclusively in family law.

Richard qualified as a member of the Law Society Children Panel in 2011 and has represented numerous local authorities, parents and children. Richard has experience in a variety of complex care proceedings involving bone injuries, brain injuries and sexual abuse. Richard has conducted his own lengthy hearings, leading junior counsel on occasion.

In addition to public law children cases, Richard also has experience of acting for parents in contact and residence disputes and acting on behalf of the child in more complex private law proceedings.

As a former solicitor and Children Panel member Richard’s knowledge and experience are impressive.  Richard has a sharp mind and is very good at dealing with clients in difficult circumstances.